Is The Bar Exam Easier The Second Time Around? 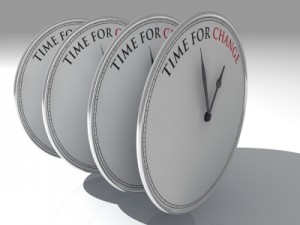 It’s bad enough that California bar exam takers have to wait anywhere from 2 ½ to 3 ½ months to get their results, but for repeaters who have written the exam a second time, the pressure during this waiting period is even more agonizing. A first-timer who fails is likely to turn around and without hesitation, take the exam again. But switch to the second-time bar taker who again fails – does anyone really want to take the bar exam for a third time, or God forbid, a fourth time? Would you feel defeated and give up?

The February bar exam always includes many repeaters, in fact, repeaters outnumbered first-timers last February by 2 to 1. February repeaters in 2014 did much better than July repeaters with a pass rate of 40.5% compared to only 14% of repeaters passing in July (these numbers do not include those who took the attorney’s exam). Of course, what we don’t know is how many times these repeaters have repeated! Suppose we make the assumption that the bulk of the February repeaters are writing the exam for the second time (since the majority of students sit for the bar in July) and further assume that many July repeaters are there for the third time; hence the dramatically lower pass rates for July repeaters. (You can check out all the stats for yourself going back to 2007 on the CA State Bar Statistics page)

Should You Study Before You Get Results?

Law students love to analyze and predict their chances of passing the bar, but regardless of the statistics, this exam is like no other. Friends and family will not understand why you aren’t more certain over whether or not you passed. We know many students who had a very strong feeling one way or the other which turned out to be wrong. Bottom line is, if you recently sat for the bar exam and are anxiously waiting for your results, what can you do about it now? Nothing, of course, unless you know for certain you had a disastrous exam and need to get a jump start on your next bar prep session. Check out our past blog post on this topic: The Bar Exam is Over – Did I Pass?

How Many Times is Enough?

We talked to a fifth-timer who sat for the February bar exam and told us that after the first day of testing he was sure he had failed again. However, his second and third days were much better – hopefully he will get some good news in May. Just remember that passing or failing the bar exam is no indication of how smart you are – some of the smartest students have failed the bar exam, not to mention a number of prominent individuals who have gone on to be extremely successful in life, like Hillary Clinton, and others. The point is, they eventually did pass the bar exam, even Paulina Brandy who wrote it 14 times, and you can too, with some diligence, determination and drive to keep on going.

Does It Get Any Easier?

The California Bar Exam has approximately 3000 repeaters and 1500 first-timers in February, compared to about 2000 repeaters and 6000 first-timers for the July exam. That’s 5000 repeaters each year compared to 7500 first-timers, which means an awful lot of applicants are sitting for the bar exam more than once. One advantage repeaters have is that they know the drill. Most will tell you how much calmer they were the second time around as they knew what to expect and how to pace themselves. Another advantage is they got their scores and essays back after the last exam, giving them a good indication of where they went wrong. But despite knowing what to expect and learning from past mistakes, overall second-timer pass rates still indicate the majority fail again – could it be that too many are doing the same thing while expecting different consequences?

There Are No Shortcuts to Bar Exam Success

Finding the time to study for the bar exam all over again can be a challenge, especially if you were not expecting to fail and may already be working at a full time job or have other commitments. Therefore, one thing you do not want to do is spend the bulk of your precious time listening to law lectures. A common observation of non-passing bar takers is that they realized they didn’t practice enough. Whether it’s the multiple choice questions, essays or performance tests (PT’s), most bar takers have a fairly good idea of what their strengths and weaknesses are.

If you find yourself in the repeater group, we recommend that when you get back your essays, you compare them carefully with the selected answers (BarIssues.com subscribers will get an email when the answers are available and our database has been updated), plus check out BarSecrets.com for a video analysis of many of the past essays. Make sure to practice writing as many essays as you can under timed conditions, using past bar exam questions. (BarIssues.com makes this really easy to do.) Next, nail down your method of tackling those PT’s, an area often overlooked by students who figure they don’t have to study much for these. Remember, the two PT’s count the same as four essays so don’t disregard their importance. And finally, don’t neglect improving your score on the MBE. This can give you a cushion if you are weak in writing or issue spotting.

For repeaters, studying the second time should be markedly different from the first time. Rules of law are more ingrained in your memory, thus the majority of time should be spent on doing practice essays, PT’s, and timed MBE’s. Take care that all three get your attention with emphasis on your weakest areas. And good luck the second, or third, or….whatever, time around!