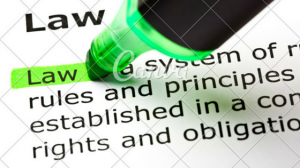 I would like to welcome our guest-blogger, Brian Hahn, the founder of Make This Your Last Time and a second-time passer of the California Bar Exam. He is here to share one of his techniques that flipped his entire approach to essays.

If you’re here reading this on the website BarIssues.com, you must have some inkling of an interest in identifying issues on the CA essays.

Which is good because issues are the most important part of IRAC. Don’t get me wrong, rules and their application are still important, no, critical. You still need to make sure you’re solid in those areas. But without the seeds of issues, IRACs can’t even sprout in the first place.

Consider this another way: Although you can still get partial credit if you make up a reasonable rule or shove in facts until your application looks hefty enough (classic BS techniques), you will get zero credit for an issue that should have been raised but is never raised.

This was actually the biggest game-changing insight I had for my second time. We all have issues that we want to show off, but let’s see if there’s a way to nail down the right issues and fearlessly present them to the grader.

Everyone talks about the so-called issue spotting, but what is that specifically? It’s rather unfortunate that no one really teaches you how to identify issues. “Issue spotting” out of thin air seems like a mystical process that comes with intuition, hindsight or plain guesswork.

To me, “spotting” implies that you just “see” these issues out of happenstance rather than deliberately matching the facts to known and preexisting issues.

I think there’s a more reliable way than “issue spotting” to increase your chances of delivering a comprehensive and relevant answer that racks up +5 points all day.

Before I get into that, let’s first parse out different types of issues we’d look for in a hypo:

“OK, whatever dude, so how do you know whether to actually raise and discuss an issue?”

I prefer something called “issue checking” instead of “issue spotting.” Rather than thinking of it as spotting issues, you are now checking for issues given the facts.

It’s based on these principles:

If a fact triggers at least one element or aspect of a rule of an issue, that issue is relevant and discussable. How does a fact trigger an element? A fact either makes it clear that something happened to meet or fail the element, or it makes it vague; either way, you have something to talk about.

Let’s look at a simple example. Consider this excerpt from 2011 July:
When [Vicky] saw Dan loading computers into the back of the truck, she stepped between Dan and the truck and yelled, “Stop, thief!” Dan pushed Vicky out of the way, ran to the truck, and drove off. He immediately went to Fred’s house where he told Fred what happened. In exchange for two of the computers, Fred allowed Dan to hide the truck behind Fred’s house. What crimes, if any, have Dan, Eric, and/or Fred committed?

So it’s a crimes question for D and F (E is not in this excerpt). Things to consider:

What issues are available?

Which issues are relevant for D?

Which issues are relevant for F?

What’s going on here? Our pool of discussable issues narrowed down as we matched specific facts to the bank of available issues and their rule elements, methodically checking through each of the possibilities. For example, when only touching was involved, battery and aggravated battery were left. If you talked about assault or kidnapping, that would be volunteering “legal doctrines that are not pertinent to the solution of the problem” (see the essay instructions).

Thus, to identify as many relevant issues as possible in an essay, use a systematic approach such as issue checking to check for issues in the fact pattern rather than happen to spot them.

By the way, this works for the MBE too. If you are stuck, you can sometimes remember that subtle nuance you wouldn’t have remembered under the pressure of 1.8 questions per minute by going through your mental checklist of issues.

Writing bar essays isn’t an intellectual exercise to see your ability to practice law (something you learn based on actual experience as well as a particular style of the firm or practitioner). The bar exam tests your ability to endure itself. Combine a systematic approach with practice, and you’ll be able to open that essay leaflet with greater confidence.

Brian Hahn is a second-time passer of the California Bar Exam who thinks prospective candidates and repeaters should listen to him over people who happened to pass the first time. Visit Make This Your Last Time for free goodies (including a BarIssues coupon) and more actionable and real discussion of bar prep.