A 2nd Chance to Pass the Bar Exam? 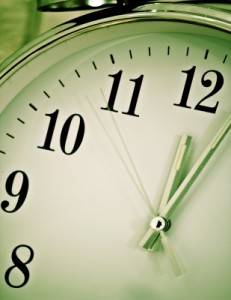 Is results day weighing on your mind?  Do you have a feeling one way or the other?  Understandably, many bar candidates don’t.  After the 3 day mental marathon that is the California Bar Exam, you may have lost all perspective.  Many walk away thinking, “Huh. I hope that was enough.”

If you’ve since come to the conclusion that your exam score is probably going to be right on the line, hovering around that magic number of 1440, you may or may not have given this some thought.  With 65% of your score based on humans reading your written work and assigning a numbered grade to it, what if one grader gave you a 60 but another would have seen a solid 65.  Okay that’s 5 points.  Now multiply that by 8 answers (6 essays, 2 PT’s) and that’s 40 points.  And 1440-40 = close but no cigar.  You see where I’m going with this?

Apparently the bar examiners have thought about this too.  So they have a mandatory second reading built right into their protocol.  For applicants who came in right on the line it’s a way to make sure the 40 point scenario above didn’t happen.

Here’s how it works:

We all know about the 1440.  If during the normal grading process your scaled score is at least 1440, you pass!  And those with total scaled scores below 1390 fail the examination.

Wait what?  How about the tweeners who got higher than 1390 but lower than 1440?  They’re in a 50 point “grey area” – these folks get a second look.  Meaning, all of the applicant’s answers are read a second time by a different set of graders. Then they average the scores of the first and second readings and if the average total scaled score is 1440 or higher, voila, it’s a pass! Those whose averaged score is still under 1440… sorry.

But wait!  There’s more.  A third look you ask?  Yes, indeed.  For those second readings that didn’t “average up” to a pass, it may not be over yet.  If any single answer had a grading discrepancy of more than 10 raw points between the first and second read, those answers are referred to the grading supervisor for that particular question for a third reading. The supervisor will assign a “resolution grade” to the answer (i.e. a third opinion), and the resolution grade replaces the averaged grade for that question. If the applicant’s total scale score after the third reading is 1440 or higher, it’s another pass!

If the applicant’s total scaled score after a third reading is still under 1440, the applicant does not pass the exam.  But let’s not think of that. Let’s just know that if you’re one of those thinking “it’ll be dangerously close” and you’re right, you could get a second (or third) chance to pass!