Which States Have The Most Difficult Bar Exam? The Results May Surprise You. 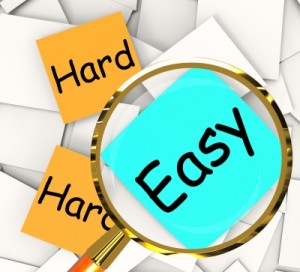 Anyone who has ever taken the California bar exam has heard this before – the state of California has the hardest bar exam in the country. But, is it really true? Sure the pass rates are very low in California, but then, California allows students from non-ABA-accredited law schools to sit for the bar. This could tip the scales since results do show that on average, these students perform more poorly on the exam than their ABA-approved counterparts. Well, finally, we have some data to prove once and for all, which state really has the hardest bar exam in the country.

OK, you can relax now knowing that what you’ve told all your friends and family is true – according to the number crunching done by Professor Robert Anderson of Pepperdine University School of Law, California’s bar exam does rank the most difficult. Professor Anderson ranked all of the states by comparing average LSAT scores to bar passage rates. He even takes into account the argument we’ve all heard about non-ABA accredited schools participating in the Calbar – and thus lowering the passage rates – by only analyzing data from ABA approved law schools.

So, what are the surprises you might ask? We were surprised that New York wasn’t number two right after California. New York actually ranked 12th in the chart compiled using 2008 – 2011 data. The number two spot for bar exam difficulty goes to Louisiana with Washington third. (If using only 2010 – 2011 data, Arkansas ranks 2nd with Washington 3rd and Louisiana 4th). Now that we know which states are the hardest, the natural question is…which state is the easiest? That award goes to South Dakota where it’s apparently 30% easier to pass the bar exam than in California.

Judging by the number of comments that Professor Anderson’s blog post generated, it’s obvious that many don’t agree with his methodology. However, we haven’t found anyone else who has attempted to approach this question in a logical manner. Gut feelings just don’t cut it! Check out his charts to see how all the states stack up. Now, we CA bar-takers can say: Yes, we really have sat for the hardest bar exam in the country!