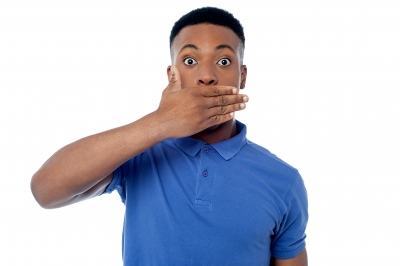 The first time we published our Bar Exam Essay Bloopers back in May of 2014, we had a lot of essays to go through to find those golden nuggets of comical student answers written under bar exam pressure. Since then we’ve been on the look-out for some more, but it seems that today’s law students have either become more serious or more careful. Whatever the case, we did find a few things that sparked a “wow!”

1. Creative arguments….On the other hand

This Criminal Procedure essay question from July 2014, Q #4 involved Officer Prowl who observed Dan running down the street “wearing a fully buttoned-up heavy winter coat.” The first few words of this hypo tell you that it was a “summer afternoon.” Hmm… this translates to an immediate red flag since it’s rather suspicious for a person to be wearing a buttoned-up heavy winter coat while running down the street on a summer afternoon. (And for any law students that wrote this exam and didn’t spot that issue, shame on you!).

The A in IRAC stands for Argument (or some prefer Analysis), but this student who wrote Answer B, may have gone a bit over the edge in trying to argue both sides. Here is what this student wrote when describing whether Officer Prowl had reasonable suspicion to conduct a Terry Stop on Dan:

“The fact that it was summer and D was wearing a fully buttoned up winter coat is certainly suspicious. Indeed, a reasonable person would almost have to assume that the purpose of wearing such a coat would be to hide evidence of contraband. If it is warm outside, as it usually is in the summer, a coat would be unnecessary. On the other hand, D may live somewhere like San Francisco where summers can be quite cold; D may have had a cold or some condition that makes him cold; or D may have been training for a sporting event such as wrestling where people force themselves to sweat more.”

Talk about making up some creative arguments for why Dan might be running while wearing a buttoned-up winter coat in the summer! I was buying it until I got to the part about the wrestling training. LOL

2. If the facts don’t seem correct, just accept it!

In this Civil Procedure essay question from February 2002, Q #2, the bar examiner who wrote this hypo either made a mistake or made this essay super tricky. The facts clearly state: “The federal court has subject matter jurisdiction to hear Sally’s lawsuit on the basis of diversity of citizenship.” But the call of the question did not ask for any analysis of SMJ (subject matter jurisdiction) because it only asked about change of venue and whether the plaintiff could be compelled to appear for a physical and psychological evaluation.

But here is the problem – upon reading the facts and doing the analysis, somewhere along the way you inevitably come across the SMJ issue and what becomes apparent is that the facts of the hypo lead you to believe that SMJ cannot exist! Talk about screwing with your mind. How’s that for the second question of the day?

Both student answers dealt with this in their own way. Answer A wrote:

“Note. On the facts present, it is unclear how the federal court may assert the presence of subject matter jurisdiction based on diversity of citizenship.”

This student clearly wanted it known that he or she realized how the facts did not point to SMJ being satisfied. A smart cookie indeed!

This student took the approach that if you tell me there is SMJ, even though I don’t see it, fine it’s settled!

Moral here is, if they tell you it is so, then it is so!

Be sure to check out our 1st edition of Bar Exam Essay Bloopers for some hilarious student answers. Our personal favorite is still: “It sucks to be Wilbur!” You’ll have to read our blog post to find out why!